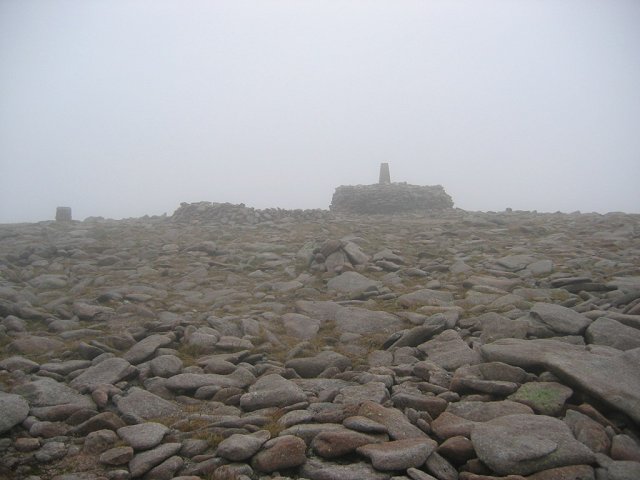 Am Fear Liath Mòr is the Gaelic name of a mythical creature dwelling on the summit of Scotland’s Ben Macdui mountain. It is also known as the Big Grey Man.  As the second tallest mountain in Scotland and the United Kingdom, Ben Macdui is 4,295 feet at its highest elevation and is a part of the Cairngorm mountain range. Many hikers who have ventured to the summit claim to have had a terrifying encounter with the Big Grey Man – they have either seen or felt his dark presence. They often describe him as very large, sometimes about 10 feet tall when erect. Short hair covers his body, and he has very broad shoulders and long arms that gesticulate wildly.

Sightings and reports of Am Fear Liath Mòr go back at least a couple of centuries, but the first credible experience took place back in 1891. Professor Norman Collie was a respected mountaineer who had a strange experience during his ascent on Ben Macdui. At a meeting of the Cairngorm Club in 1925, he would go into more detail:

I was returning from a cairn on the summit in the mist when I began to think I heard something else other than my own footsteps. For every few steps I took, I heard a crunch and then another crunch as if someone was walking after me but taking footsteps three or four times the length of my own. I said to myself this is all nonsense. I listened and heard it again but could see nothing in the mist. As I walked on and the eerie crunch, crunch sounded behind me I became seized with terror and took to my heels staggering blindly among the boulders for four or five miles nearly down to Rothiemurchus Forest. Whatever you make of it I do not know but there is something very queer at the top of Ben Macdhui and I will not go there again by myself I know.

Collie’s account was a terrifying one, but hardly unique. His revelations started a deluge of similar stories and reports from numerous other climbers, many of which went directly to Collie himself. Without a doubt, one of the more fantastic reports came from a man called Alexander Tewnion. In 1943, Tewnion claimed that while he was on Ben Macdui, he shot at and possibly wounded something in the mists. While Tewnion was descending the mountain along the Coire Etchachan path, a strange shadow-like form appeared out of nowhere and seemed to be heading straight for him. Fearing for his safety, Tewnion fired a trio of shots with his revolver before fleeing in the direction of Glen Derry. 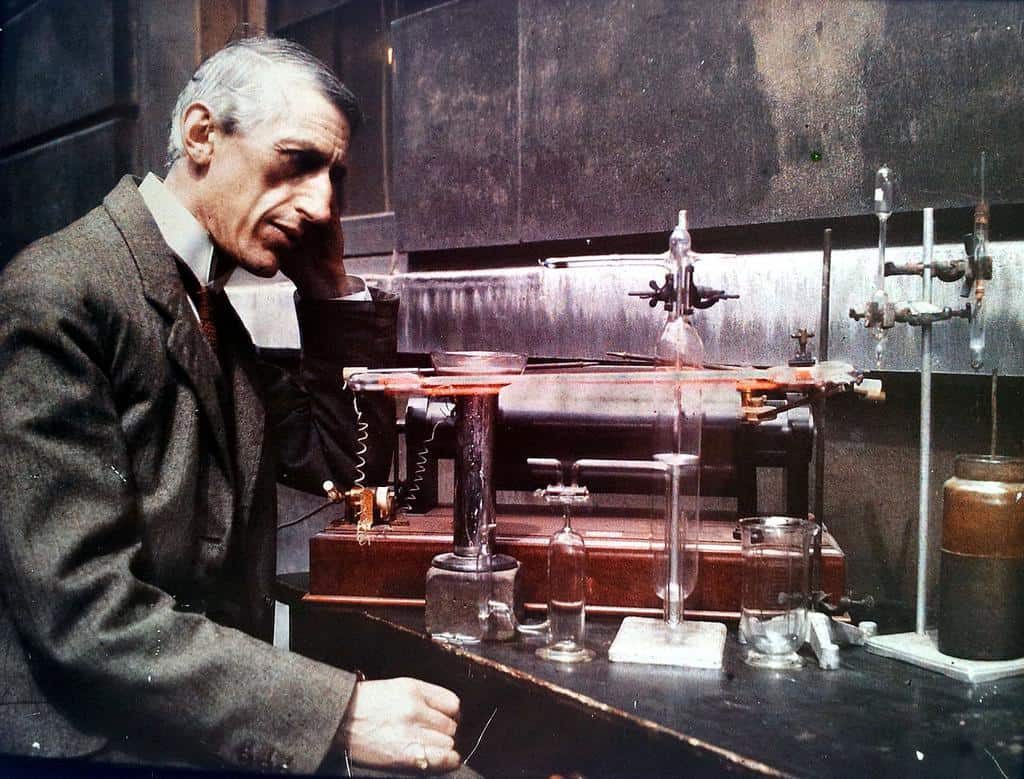 Whatever this Big Grey Man is, witnesses more often feel it or sense it than they see it. Climbers say they sensed a feeling of dread and panic. That sense was sometimes accompanied by eerie footsteps or other sounds that seemed to follow the climber. Most encounters tend to occur just below the skyline close to a region known to the locals as Lairg Ghru Pass. Witnesses also report that the terror can become so intense and overwhelming that the urge to jump off the cliff at Lurcher’s Crag is seriously considered as an option. Some people are of the opinion that this is precisely what the Big Grey Man of Ben Macdui is attempting to accomplish.

Witnesses who report an encounter with the Big Grey Man are often reluctant to return to the scene of their encounter. Professor Collie went on record with that sentiment.

Explanations for Am Fear Liath Mòr

Scientific researchers looking into these sightings offer something in the realm of a possible explanation as to what exactly is going on at Ben Macdui. There is a phenomenon researchers call a Brocken Spectre, Brocken Bow or Mountain Spectre. It is a trick of light that plays on the eye which makes a person believe an enormous shadow creature is facing the observer. This optical illusion results when a projection of the observer’s own shadow reflects onto a misty mountainside or cloud bank opposite the sun. First identified by Johann Silberschlag in 1780 in the German Harz mountain range, it can even be seen from inside airborne aircraft. 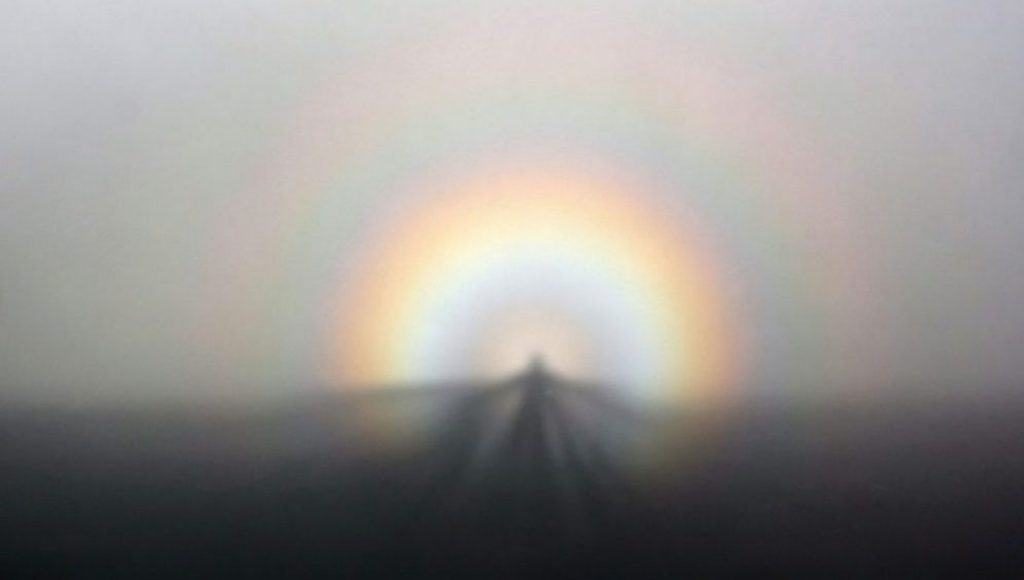 A Brocken Spectre occurs when the sun casts an enormous shadow in front of an observer. Wikimedia, brockeninaglory.

Is There a Big Foot on Ben Macdui?

Although there is at least one scientific explanation for Am Fear Liath Mòr/Big Grey Man on Ben Macdui mountain, encounters are terrifying and very real to the experiencer. Is there a creature like the mythical Yeti or Bigfoot waiting for discovery high in the Scottish mountains? As of 2010, scientists have classified 1.7 million species of animals. They estimate that this is only about 1/4 of all species on the planet. Therefore, if they are correct, there are 5 million more undiscovered species. The existence of the Big Grey Man is not beyond the realm of possibility.