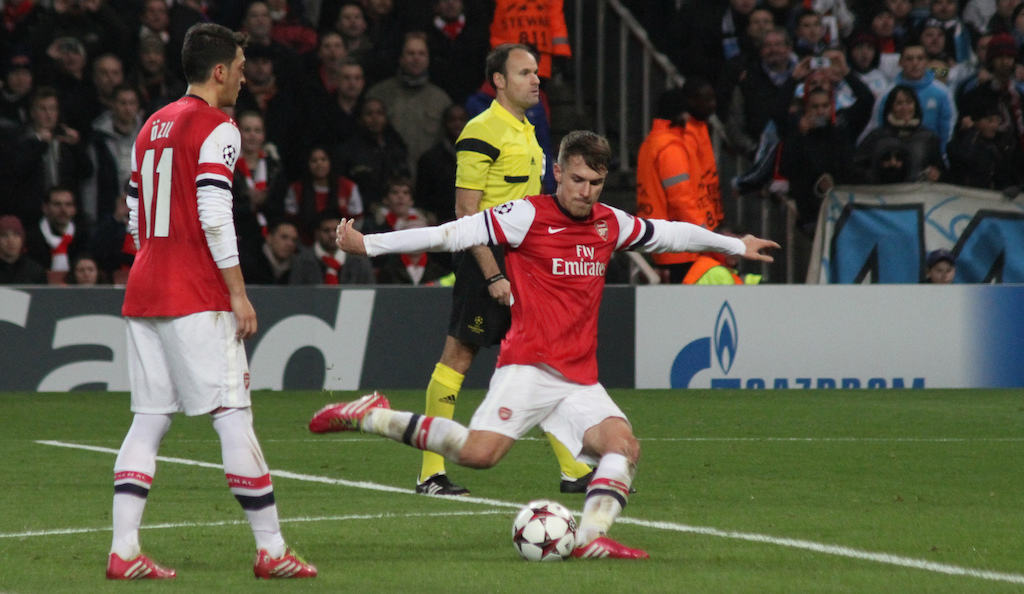 Soccer, also known as football, is the most widely played and watched sport in the world today. With about four billion fans, soccer commands the ongoing attention of roughly one half of the population on the planet. Its popularity has given rise to certain players becoming iconic household names even among people who don’t really follow the game. One example of this is Arsenal and Wales midfielder, Aaron Ramsey. Largely due to social media, the soccer star has found himself at the center of a bizarre urban legend that involves a curse. Those who follow the sport know this phenomenon as, “The Ramsey Effect.” 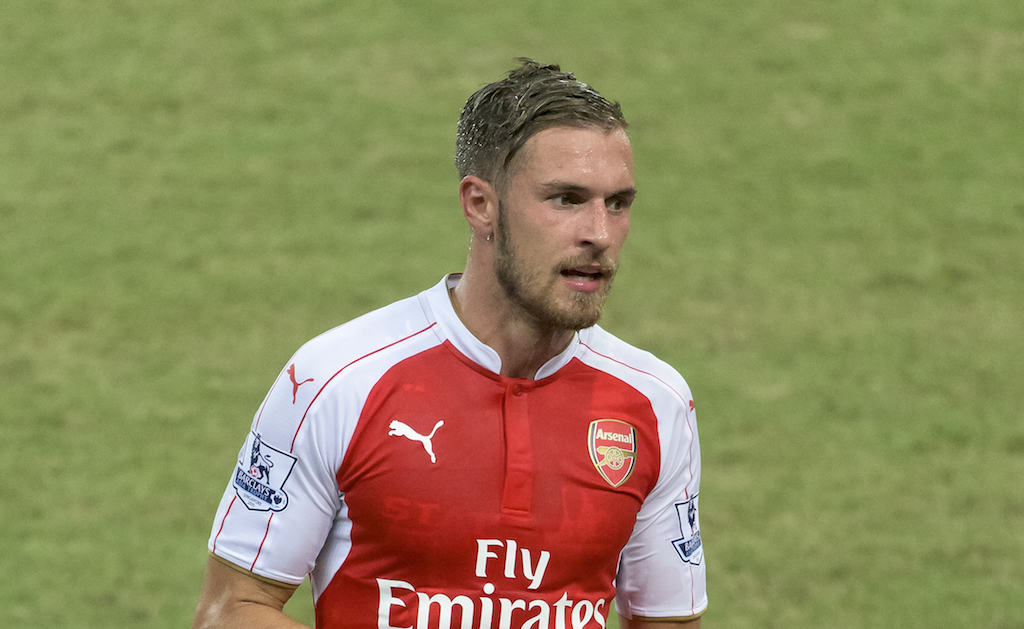 Aaron Ramsey, the Arsenal Midfielder, has found celebrity partly due to an urban legend. CC4.0

The Legend of the Ramsey Effect

It seems as though shortly after a match in which Ramsey scores a goal, a celebrity passes away in some manner within days of the game. In some cases, this occurs on the same day of the game itself. Naysayers cite that this could be nothing more than just coincidence. However, the sheer numbers involved are rather intriguing, statistically speaking. From an ongoing career total of 61 goals, no fewer than 16 celebrities have passed away shortly after. Many of these celebrities are certified “Who’s Who.”

When this first began in 2009, not many people paid attention to it. At the time, one could easily consider it a simple coincidence. Over time, however, a pattern began to emerge. The more and more that this seemed to be taking place, the more social media users began to pick up on it. Eventually, the media title this phenomenon “The Aaron Ramsey Curse” or, just simply, “The Ramsey Effect.” As the concept began to overtake social media, it developed into something of an internet meme that eventually crossed borderlines into more mainstream media. When the tabloid press got wind of it, the whole idea went viral. It didn’t take long for Ramsey to take on the unflattering description, “The Grim Reaper of Football.”

The very first instance of this apparent trend was on August 22, 2009 (Express.) Arsenal manager, Arsene Wenger, selected Ramsey to play in a match against Portsmouth. On August 25, U.S. Senator Ted Kennedy finally succumbed to cancer and a 15 month battle with the disease. Unfortunately for Ramsey, he suffered a bad injury in a match at Stoke City when he broke his leg. His recovery took quite a bit of time, but by May 1, 2011, he was in the squad for a Premier League match against Manchester United. The day after this game, U.S. Navy Seals managed to track down and execute Osama Bin Laden in a Pakistan compound.

Roughly six months after, Arsenal was playing fierce local rivals Tottenham in a fixture that has become known as the North London Derby. The game took place on October 2, 2011, three days before Apple CEO Steve Jobs suffered a relapse in his battle against Pancreatic Neuroendocrine tumors from which he never recovered. Two weeks later, Arsenal was drawn against Marseille in a Champions League match. One day after scoring a vital goal in the tie, Colonel Gadaffi was captured by Libyan rebels and either caught in a crossfire or deliberately shot.

Most people explain these deaths away as ill-health or “just desserts,” but the so-called curse started to gain more traction from February 11, 2012, onwards. The day before renowned singer Whitney Houston was discovered in her bath, Arsenal played a match against Sunderland. A little over a year later on March 21st, Ramsey again found the net. This time, there was a pair of casualties. One day after the game, basketball player Ray Williams lost his life due to colon cancer. One day after this, Russian oligarch Boris Berezovsky was found in his home at Ascot with a ligature around his neck.

On November 30, 2013, Ramsey scored against his former club Cardiff. This was the very same day that actor Paul Walker suffered a fatal car crash. The day after the Manchester City match that yielded another goal on August 10, 2014, news broke that influential U.S. comedian and actor Robin Williams had committed suicide.

Nothing occurred over the following 18 months or so until Arsenal played Sunderland once again. Then in 2016, the media cited more deaths connected to the Aaron Ramsey Effect. Four days after this game, Arsenal had another tricky match against Liverpool. Ramsey scored in both games, and on the following day of each, two of the UK’s most internationally renowned celebrities both passed away due to cancer at the same age. David Bowie and Alan Rickman (Severus Snape in Harry Potter) became the latest names associated with the growing phenomenon. The following March, former US First Lady Nancy Reagan passed away. Only a few more celebrities have become linked with this legend since that time. 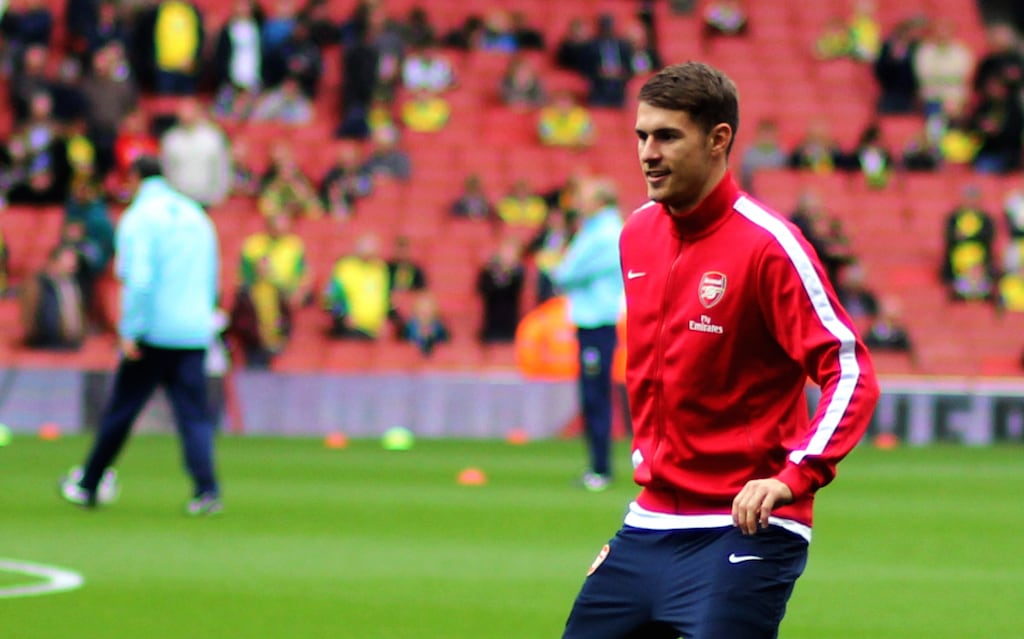 One week after the new football season began in August 2017, TV personality Bruce Forsythe died of bronchial pneumonia. Brucie, as most folks affectionately knew him, was the only person connected to the legend during that season. Ken Dodd, Stephen Hawking, and darts player Eric Bristow all passed away within a month of each in early 2018 when Ramsey scored vital goals against AC Milan and CSKA Moscow in the latter stages of the Europa League tournament.

During 2015, Sports Magazine interviewed Ramsey. When they mentioned the Aaron Ramsey Curse to him directly, he strongly refuted his apparent reputation and labeled it as ridiculous.

The most ridiculous rumour I’ve heard is that people die after I score. There have been loads of occasions where I’ve scored and somebody hasn’t died. That’s just a crazy rumour. I didn’t really find it funny.

Although he simply chalks up the Aaron Ramsey Effect to nothing more than a rumor, Ramsey did add a certain humor to it by claiming to have, “taken out a few baddies.”

Soccer is a Serious Matter

If you know soccer, you know that its fans are serious die-hards (no pun intended here). A wise man once commented, “Some people think football is a matter of life and death. I don’t like that attitude. I can assure them it is much more serious than that.” That man was the legendary Liverpool manager, Bill Shankly. He was in an interview with a journalist in the early 1970s. Who would know that a little over 40 years later the public would apply this idea to an urban legend about Aaron Ramsey?

Ramsey has quite a few years left in his football career. While some players are famous just for their good looks and/or athleticism, Ramsey holds the additional distinction of having some kind of strange power over celebrity deaths. Perhaps it’s just that he scores so often and there is no such thing as the Aaron Ramsey Effect or Aaron Ramsey Curse except in the minds of the media. It might be a good idea to keep one eye on his football stats and the other on tomorrow’s obituary column . . . just in case.